HamOnt Sports is the parent to Soccer World and Wentworth Sports Complex! We first started out with one location, Soccer World at 104 Frid St, we then expanded and expanded. Now we have merged with Wentworth Sports Complex. A place equipped with two full indoor turf fields, and two full size hockey rinks. With this expansion, we have also been able to broaden our programs and what we can offer to our valued customers! We love to build our Soccer World family, whether that be new and welcomed employees, new players, or new faces stopping by our restaurant Puck n' Pitch. 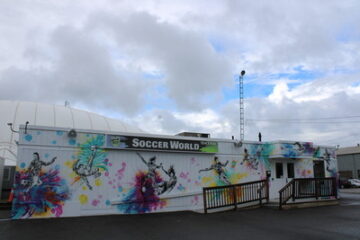 (Panorama from Field A)

Soccer World is a 400x110x35ft. pressurized dome housing two complete soccer pitches, (190x90ft each).  Over the years, Soccer-Worlds indoor sports leagues have grown and grown,  we introduced our Youth soccer classes and clinics and they've been a hit.

Today, Soccer world Hosts all the same classes, Leagues and clinics, with plenty of new additions, including football, summer and PA day camps, rentals and so much more! 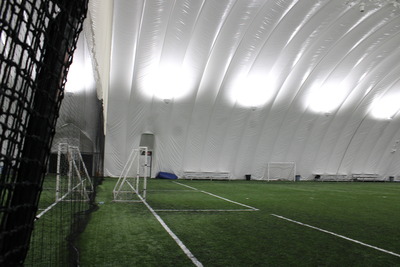 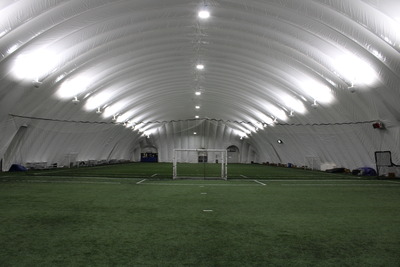 (View from centre pitch, Field B) 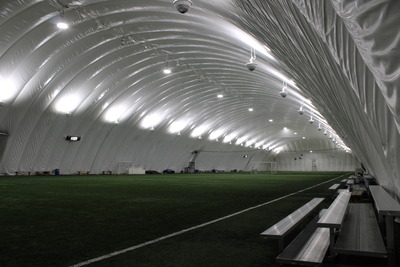 (Spectator seating on Field A)

Soccer World is a 46,000 indoor space with two artificial turf fields. Home to year round soccer, football, camps and more.

Common in Northern Europe, the Soccer World air-supported structure was one of the first in Canada. Manufactured by The Farley Group and built on the former Hamilton Hydro Frid Street yard, the dome opened to players in January 2002.

At Soccer World we take pride in our coaches abilities. With an extensive training program, we ensure that our staff is high energy and well versed in their area, whether that be baseball camp, volleyball coaching, or soccer skills, our coaches and staff are well prepared to help you!

Predominantly a Fall & Winter adult soccer facility the focus expanded with new management in 2010. At that time, a wide array of youth and child programs were introduced. From modest beginnings the summer camp and youth soccer programs have grown to become one of the city's largest.

Fall & Winter leagues include soccer, football & baseball, and include leagues for 5yrs through old-timers. Each year over 100 coaches deliver various programs from Soccer World.

Wentworth Sports Complex is is the newest addition to the HamOnt Sports family.  Wentworth is a multi-sport facility located on the edge of the Niagara Escarpment on the border of Ancaster, Dundas and Hamilton.

The facility was originally built as a curling club in 1958 with additions in 1960's and 1970's adding two skating rinks. In 2012 the original ice surface was converted into two indoor turf fields. Today the 100,000sq ft facility includes a bar & restaurant, two turf fields, two rinks and a popular outdoor Nature Camp.

The Facility is the home of two large indoor turf fields and 2 indoor ice rinks and hosts many programs for both adults and youth including hockey, skating, soccer, baseball and camps!

Other Locations in Hamilton.  We run our brand new house league Volleyball Program out of the Mohawk Athletic Centre as of Fall 2022! On top of the the HamOnt Sports team runs outdoor Soccer and Football from a variety of outdoor city parks including Chruchill Park, Summit Park, Meadowlands Community Park, Olympic Park, Joe Sams Leisure Park, St. Thomas Moore Seconday School, and more! 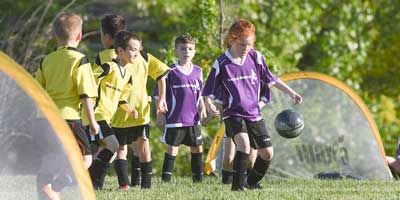 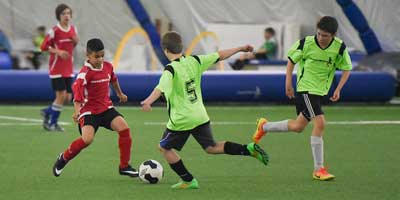 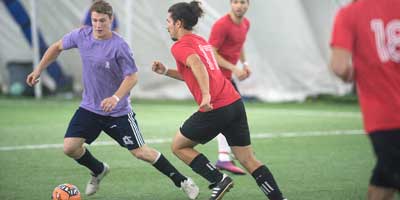 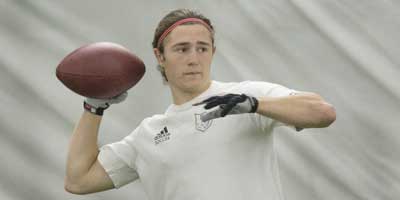 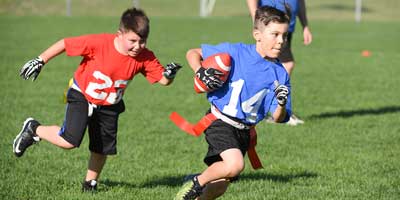 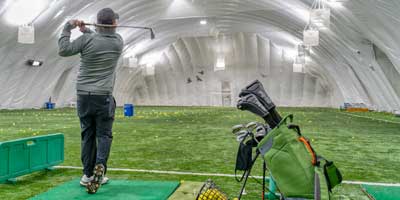 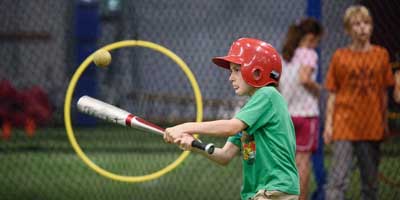 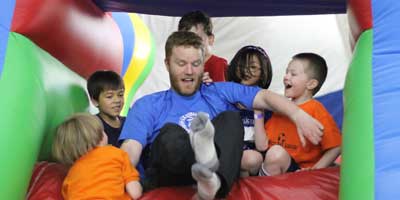 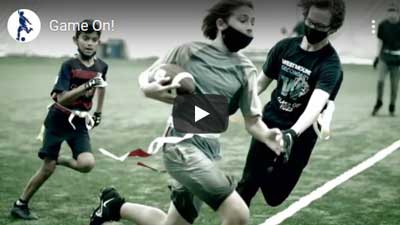